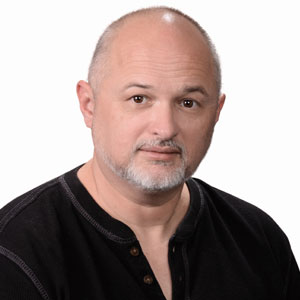 Alex Mayberry, CEO
Businesses are turning to Artificial Intelligence as a strategic approach to better engage and retain customers. An increasing number of digital assistants have been introduced to the workplace. From providing customer service to driving employee engagement, conversational AI has evolved to provide robust agents that can communicate knowledge and answer questions.

However, many customers feel unsatisfied with current capabilities, where often the expected “intelligence” is not met. Designing conversational interactions to meet consumer needs requires a redefined strategy and a natural approach to human engagement. One of the players to find a solution to this problem is Cognitive Code. “We offer a highly secure platform for developing conversationally intelligent applications,” stated Alex Mayberry, CEO of Cognitive Code. “SILVIA was built from the ground up to better understand humans.”

SILVIA (Symbolically Isolated Linguistically Variable Intelligence Algorithms) is a mature natural language platform used to develop applications for conversational interfaces. The solution interprets speech, text, or other input, and interacts with appropriate applications or operating systems. It is also fully integrated with the Unity Engine.

SILVIA’s statistical modeling enables developers to build applications that easily understand a wide range of input. SILVIA’s patented statistical approach to NLP allows for a broader understanding than competing systems that rely on string matching. Because SILVIA detects a user’s input statistically, the platform can handle language presented even if it is grammatically incorrect. SILVIA is a polyglot and can communicate in virtually any language, and the development tools are presently offered in 35 different languages.

A primary differentiator for SILVIA is the ability to operate on the Edge. While Cognitive Code offers cloud solutions, SILVIA can function without an internet connection. SILVIA’s small footprint (about 5 megabytes) and low processing requirements allows the technology to go where others cannot.

And because all NLP happens on device, SILVIA is extraordinarily safe and secure.

With capabilities extending to IoT, AR/ VR, process automation, smart technologies, and embedded chips and devices, the platform has a broad horizontal reach for application developers. The tools were designed for rapid and easy development for both programmers and non-programmers, all without the need for scripting input filters or editing markup language.

The intelligent platform has been successfully utilized in numerous innovative use cases. One example, Mayberry explained, involved the integration of SILVIA into an organization’s vehicle diagnostic system. SILVIA was able to speak to the driver and communicate aspects of the vehicle’s operating conditions. Further, when a fault was introduced, SILVIA not only performed a diagnostic analysis of the error and communicated it back to the driver but was also able to correctly advise how to repair the issue.

Cognitive Code is presently developing a conversational IoT platform, with SILVIA used to communicate over the internet with various sensor arrays and components, for the first time giving IoT devices an intelligent voice. This is yet another example illustrating SILVIA’s infinite capabilities for being more than just a digital assistant.

Understanding the potential for a voice interface that is many times faster than humans can type, Cognitive Code is evolving their platform to further integrate SILVIA with even more devices and technologies, providing new ways for human-machine interaction. With its collective expertise applied to the AI platform, Cognitive Code continues to inspire organizations to look beyond chatbots, and to help them build a human connection with customers through an AI, which although may be artificial, is indeed extremely intelligent. 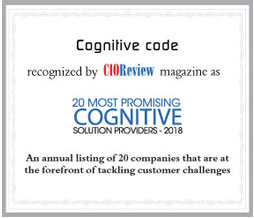 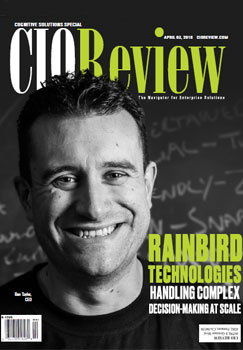